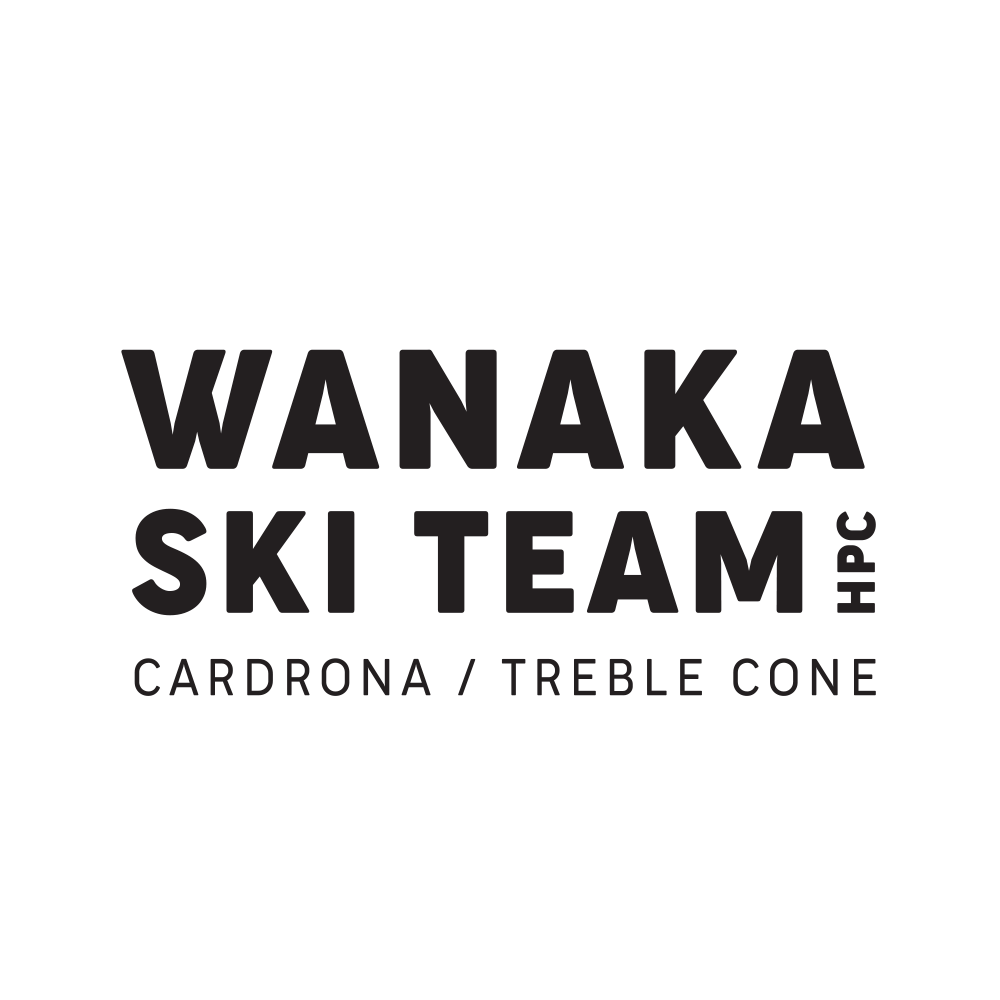 With a total of 62 back-to-back winters in both Switzerland & New Zealand, Adi is highly regarded as an experienced ski racing coach and director who has led ski racing academies across both Cardrona and Treble Cone for over 20 years.

He is the man behind the success of the Wanaka Ski Team with an extensive history of coaching all age groups and levels, including guiding FIS and U16 athletes to podiums at international races including Topolino, Whistler Cup and Pinnochio.

Adi has spent many years on the Junior World Champs circuit and World Cup races, coaching the best of New Zealand’s younger athletes, as well as being an Olympic coach in Salt Lake City (2002). Many of Adi’s Kiwi athletes join him in the Northern Hemisphere winter at Andermatt, Switzerland, to continue training and physical conditioning in NZ’s offseason.

Kate started skiing at age 4 in Queenstown, and raced for a short time at high school. She qualified as an instructor in 2014 and gained experience over 8 back-to-back winters teaching in New Zealand, Canada, Japan, and the United States. Kate joined the Wanaka Ski Team staff in 2020 coaching the U6 team, and is taking on the Wanaka Ski Team administrator role in 2021. In addition to her passions for skiing and athlete development, she brings a wealth of administrative knowledge to this position.

Sergi Avila is a Strength and Conditioning coach from Barcelona, Spain and returns in 2021 as Lead Coach Physical Conditioning having first joined WST in 2020. We are very fortunate to have Sergi’s knowledge and enthusiasm back with us this season.

From 2017 to 2019 he was working as a Strength and Conditioning coach for the high-performance alpine ski team of the FCEH (Winter Sports Catalan Federation), an all-year-round programme for U18 and U21 FIS skiers of the country, training and competing all over Europe. During 2018/19 season he was also the S&C Head Coach of the Catalan Pre-technification Academy, leading and coordinating the S&C coaching staff for the U14 and U16 alpine skiing, freeride, freestyle and snowboard cross teams.

He has also worked as a freelance S&C coach for 6 years, physically training skiers (FIS and European Cup Level) and athletes from other sports. His passion and daily goal is to optimize the physical training so the athletes can achieve their highest performance in alpine skiing.

Lena-May grew up skiing in the Italian Alps, racing from a young age. She comes from a very successful family of skiers & has traveled the world instructing & coaching athletes of all ages, ranging from U10 to FIS, with experience in both Europa Cup & World Cup racing. She’s extremely passionate about skiing & strives to cultivate this passion in all athletes. She holds full certification with the Italian Ski Instructors Association in Piemonte. It will be her second season in New Zealand!

Alex lives for skiing. She grew up on a farm in Cantebury and raced with Team Hutt throughout her childhood. She took up race coaching with her local race team, before eventually moving to Wanaka in 2016. This will be her 29th season teaching skiing, having done winters in NZ, Japan, American Canada. Her winter seasons were intertwined with her university studies, but all roads had led her back to skiing. She is dedicated to sharing her passion with young athletes to help them achieve their potential. Alex has her ISIA stamp and is working towards becoming a trainer for NZSIA.

Lukas comes from the beautiful Alpine area of Arosa in Switzerland and was a ski coach at Cardrona in 2018 and 2019. He has been skiing since he was 2 years old and holds a real passion for the sport. Lukas started ski-racing when he was 8 years old, competing at the Swiss regional level as well as skiing at the FIS level for 6 years.

Lukas is keen to share his experience and enthusiasm of skiing with other athletes and help them realise their goals and we are delighted to have him back in our coaching team.

Jonatan is 20 years old and comes from Stockholm, Sweden. He started skiing at the age of 3. Following his brother to the ski slopes, Jonatan began alpine skiing at the age of five, and mogul practice a year later. After 10 years in alpine racing, he began work as a coach in one of Sweden's largest ski teams. During the last couple of years, he has been coaching Swedish ski talents in U12 groups.

River comes from Okere Falls in the North Island. Her love of skiing began from age 2 spending winters at Whakapapa doing the Warriors programme. She began ski racing from age 9 when her family moved to Wanaka for the winters. Every winter was then spent training at Treble Cone with Team TC and then TCRA. Like the other young NZ racers she gained competition experience through the interfield races and NZ youth series races. She went on to represent NZ internationally at junior events, including Val D’Isere and a top 10 finish at Whistler Cup. She did some back to back ski seasons training at Squaw Valley and Copper Mountain in America.

At the same time, River also represented NZ in Canoe Slalom racing, competing at several junior world championships and was Junior World bronze medallist in Boater Cross in 2018. After focusing on kayaking for a couple of years, River was back on snow last year, working a season as a ski race coach with Queenstown Alpine Ski Team. At the same time she qualified level one and two NZSIA.  River is really looking forward to being back in Wanaka and getting amongst the ski racing next generation.

Sam grew up in Dunedin and skied with his family from the age of 4 at Cardrona and Treble Cone. When he finished school the mountains were calling. Sam enrolled in the Otago Polytechnic Certificate in Snow Sports Instruction and now, 8 years and many more winters later, he still follows the snow around the world to Canada, Japan and Europe teaching and coaching.

Sam is a level 3 NZSIA Instructor, and is passionate about developing fundamental skills whilst having fun in the mountains. He is looking forward to returning to New Zealand for the season and working with our ski team athletes.

Jay grew up in the North Island of New Zealand and began skiing at the age of 3. He is now 18 and is currently studying at the University of Auckland. Jay first started skiing with WST in 2015 and has 6 years of race experience including 2 years at FIS level. Since leaving racing, Jay has transitioned into coaching and has been qualified through NZSIA and has always looked forward to pursuing greater qualifications withing coaching. Jay first coached for WST during the 2019 season and is looking forward to another great season in 2020.

Meghan has grown up on the Wanaka slopes of Cardrona and Treble Cone. She has been part of Wanaka Ski Team for the last 7 years and is still competing as a FIS athlete. Megan has trained and competed in Switzerland, Canada and the USA.

Meghan holds her level one ski instructor qualification with NZSIA and level one race coaching, and is completing her level 2 ski instructor qualification this coming season. Meghan has coaching experience at Cardrona with the WST and at sugar bowl, USA with the Sugar Bowl Academy. She is really looking forward to sharing her knowledge and passion for ski racing to the younger generation.

Amy has grown up in a ski racing family. She started skiing at the age of 3 at Mammoth Mountain, USA. When she moved to NZ, she continued skiing at Mt Ruapehu as a weekend warrior. At the age of 8, her family moved to Wanaka & she started ski racing with WST. She then began following winters, skiing summers in Switzerland with World Ski Connection then home to Cardrona as part of the Alpine Ski Team. Amy began her ski racing qualifications after deciding she would prefer to share her love of ski racing teaching, rather than pursuing a competitive career. She is looking forward to sharing with younger children what she has learned & experienced on the snow.

Skiing has been a life-long passion for Kate as she started at the age of 3 and started racing at the age of 8. She has done many years of back-to-back winters, competing in numerous International Children's events, such as Topolino, Val D'Isere, Whistler Cup, Trofeu Borrufa and Abetone. Kate's best result was achieving a podium place at Trofeu Borrufa in U16 Girls. Kate stopped FIS racing to focus on her studies and now she is looking forward to sharing her knowledge and love for the sport with the younger generation.

Annabel is a Wanaka local and is in her last year at Mt Aspiring College. Annabel has been skiing since she was seven, growing up in her family as the oldest of three girls, who all share a love for skiing and ski racing. Annabel was a member of WST from 2017 to 2018, and competed in regional and national races during her time with the team. Annabel earned her NZSIA ski instructor's qualification in 2019, and is excited to be a part time coach with Wanaka Ski Team this season.

Monika started skiing when she was 3 years old in the Czech Republic. In 2013 she came to NZ and has now completed 8 back-to-back winters in Europe, USA and NZ including as a Ski Instructor and Event Coordinator at Porters, Mt. Dobson and The Remarkables in Queenstown. In total Monika has been a ski coach for 26 winter seasons and we welcome her to her first season with WST.

After years of Ski Cross racing and chasing snow back to back, Monika has moved permanently to NZ. Occasionally she still travels the world with the Canadian National Ski Cross team as Masseuse and Ski Tech which, like ski racing, she is passionate about.

Sam is a local Wanaka boy having lived here since 2001. He started racing at 10 years old with WST and repeated numerous back to back winters in Switzerland. During his ski racing career, he represented New Zealand several times including at the 2012 Youth Olympic Games. Last year was Sam’s began with WST 2 years ago and now looks forward to another season part time coaching alongside going through flight school.

He is really looking forward to skiing with the Wanaka Ski team again and hopes to instil his passion for skiing in all the young athletes.