Meet the Cardrona Parks Squad snowboard coaches! Our snowboard coaching team is made up of highly qualified & former pro snowboarders who’re passing on their skills to the next generation.

Nick grew up in Whangaparaoa, Auckland, but has been living in Wanaka since 2006. Nick is happiest when he gets to go snowboarding & loves watching other people get stoked on snowboarding too. His dream snowy destination is Japan & he is inspired by anyone who continues to shred for the love of the sport – especially golden oldies who are still ripping! Nick can’t single out a specific favourite snowboarding memory but all his best ones are either deep powder days in Japan or cutting hot laps in an epic park.

Nick has been coaching snowboarding at Cardrona for 8 years. He started in snowboard instructing but quickly moved into working with high performance athletes due to his extensive knowledge & personal talent in park, pipe & freeriding. He has worked all over the world, including Park City & Breckenridge in USA, Canada, Japan, Finland, Switzerland & New Zealand. Nick loves coaching because he gets to help & guide others to achieve their goals, watch them progress over the years & fall more in love with snowboarding. Nick thinks it’s important for an athlete’s development that their coach understands that every athlete/snowboarder learns & progresses differently.

Mikko (also known as Mikko the Great, according to him!) grew up in Oulu, Finland but now considers Syöte in Finland & Wanaka home. He has been snowboarding since the age of 6 & his riding has been strongly influenced by skateboarding. He gets stoked when there’s a fun terrain park for him to shred with his mates, & his dream snowy destination is Laax, Switzerland. Mikko is inspired by fellow coach & shredder Jussi Räsänen. One of his favourite mountain moments was going split boarding last Easter at 8pm – it was still sunny & perfect weather conditions!

Mikko is both a snowboard examiner & a level 2 certified snowboarding coach, which provides him with a wide range of in-depth knowledge about the numerous facets of snowboarding. Mikko is passionate about coaching because he loves interacting with athletes & helping them to develop both in their snowboarding & as a person. He identifies motivation, commitment & having fun as the most important elements required for athlete development.

Ju grew up in Wellington but she now calls Wanaka home, where she lives year round. She gets stoked to snowboard when fresh powder, fresh groomers & freshly cut halfpipes are on the menu! Her biggest inspiration is David Attenborough because he teaches us all to appreciate our amazing earth. Her most memorable snowboarding moments are Les Arc to Villa Roger backcountry lines in France, her 1st place in the World Cup Snowboard Cross in Sapporo, Japan, & her 2nd place in the World Cup Halfpipe in Leysin, Switzerland. Ju’s dream snowboard destination is unique because it’s in our own back yard... the Matukituki!

Her time spent on the NZ Snowboard Team (2003-2010) & the NZ Winter Olympic Team (2006 & 2010) has provided her with an in depth & hands on understanding of high performance sports. Ju is stoked to be able to bring all her first hand, invaluable experience & knowledge to Cardrona Parks Squad. She loves her role as a coach as it allows her to watch & assist in athletes’ improvement & progression while doing everything she can to make sure everyone stays safe. From all Ju’s experience she thinks clear, simple training programmes with concise goals, on-snow routines & a reference for achievement are the most important elements for an athlete’s development.

Nick, AKA Browner, grew up in Hastings in the Hawkes Bay but mainly lives in Queenstown now. Nick is stoked to snowboard when he gets to shred powder & fun park features, & he is stoked on life when he gets to surf, fish, hunt, go on mad missions, travel, tinker & hang with friends & family! He in inspired by Kelly Slater because he has been at the top of his game for so long, yet he seems so down to earth. Nick is also inspired by how Slater handles sponsorship & business opportunities with the future & our earth always considered–a true legend!

Snowboarding-wise Nick is inspired by anyone who he spots doing epic stuff that he can’t yet do, but aspires to. His most memorable mountain moments are any that involve powder, friends, jumps, helicopters or snowmobiles! Nick thinks the best way to learn is to do, so that’s mostly what he has been doing over the last 15 years. Currently he mostly films, shoots photos & rides big backcountry lines, but he has done his fair share of competitive snowboarding in the past & still does a few of his favourite competitions.

Nick loves coaching because he gets to help an athlete get a new trick or learn a new technique that they didn’t think they could do or that they’re stoked to learn. When the athlete gets stoked, Nick gets stoked. He believes a love of the sport & a will to progress are the most important things an athlete needs to possess in order to develop as a snowboarder.

Ollie is going into his fourth season at Cardrona & 14th season around the world. Last season he completed the highest level of SBINZ qualifications, the trainers cert, & is now an SBINZ Examiner. He has worked in NZ, Canada, USA, Austria & Japan. Ollie grew up surfing, so when he's not snowboarding he's in the water getting pitted. He also loves travelling – this year he spent two months in India & Sri Lanka.

Ollie loves coaching. Being able to help riders achieve their goals, especially in the freestyle arena, is extremely rewarding for him. He believes building a strong foundation of fundamental skills as contributing the greatest to an athletes long term development. He thinks it's also imperative to develop riders within all areas necessary to being a well-rounded & competitive snowboarder. He loves all aspects of snowboarding, from park laps with the crew, riding steeps & trees in pow to laying down some carves on early morning groomers. 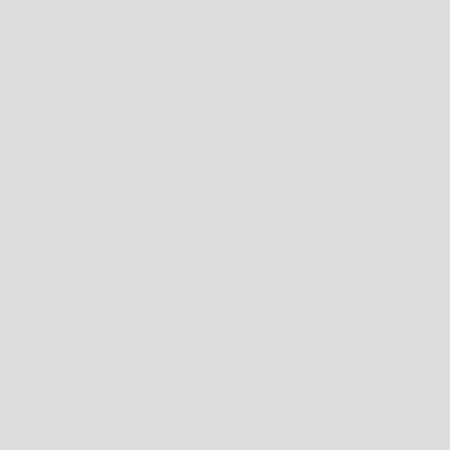